“What would happen if we spoke the truth?” – Alison Bechdel

Last week in this space the topic was truth telling, and the fact that as leaders we give up the right to remain silent when we see things in our organizations that aren’t the way they should be.  A few loyal readers pointed out that as difficult as it is to tell the truth about organizational challenges, it’s far more difficult – and at least as important, if not more so – to tell the truth about ourselves and our relationships, whether at work or elsewhere.

As it relates to our careers, I’ve had the misfortune of witnessing plenty of organizations that had great products, great customers, great service, great everything, except that key people in the organization couldn’t work together.  That toxicity/lack of trust/selfishness/whatever eventually took what should have been a great organization and wrecked it.  In a few cases, the organizations ceased to exist.

One thing virtually all of those situations had in common was people not having honest conversations with each other.  Lots of them were happy to tell me or someone from our firm about the problems and issues they had with this other person or group of people.  But they absolutely would not have that conversation directly with those people.

Even when you’d tell them all of that, they’d still refuse to talk to each other because they didn’t think it was necessary.  It would be a waste of time, they’d say, because that other person already knows what I think.  And so it would go, until the weight of those broken relationships took the organization down.

I’m not suggesting that there is never a situation where two people could never work together.  All I’m saying is that there are a lot of relationships that are a mess, and in a lot of those situations there is absolutely no honest dialogue about why it’s a mess.  The people involved will not sit down and have a difficult conversation about why they don’t get along.  And without that conversation, there is no hope.

Think about the relationships you have that are a struggle.  Have you honestly told the other person you version of the story?  More importantly, have you listened to their version?  Relationships are like all other problems.  They don’t fix themselves.  You have to make an effort to fix them.  Stop making assumptions and start making the effort by having an honest conversation.  There’s no guarantee that conversation will solve the problem, but without that conversation you’re guaranteed to fail. 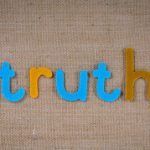 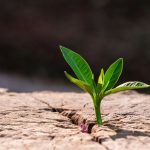