“Truth-tellers are not always palatable.  There is a preference for candy bars.” – Gwendolyn Brooks

One of the perils of wanting to be liked, however, is that sometimes we hesitate to say or do things that we think might make people upset with us.  We might see something or hear something that we know isn’t right, but we’re afraid that if we speak up people might not like us as much.

That’s as true in the workplace as it is anywhere else.  We see behaviors or performance issues that aren’t OK, that don’t measure up to what we want from our organizations, or that are just plain wrong, and we let it go because we don’t want to rock the boat.  We make all kinds of excuses for it, but it’s usually just a lack of courage.

Leaders don’t have the option to lack courage.  Part of your role as a leader is to tell the truth, even when it’s uncomfortable or might upset people.  Being a leader means you give up the right to remain silent, even when it’s scary.  When things happen that don’t align with what your organization aspires to be, you as a leader don’t get to just watch and do nothing.

That doesn’t mean you have to be a jerk about it.  Some people seem to think that the only way to tell difficult truths is to be rude, or mean, or loud, or obnoxious, or any number of other unpleasant things.  That’s false.  You can have difficult conversations and speak on difficult things in a way that doesn’t hurt people.  And you should.  Just make sure that while you’re trying not to hurt people you still get the point across.

Think about the past few weeks.  Have there been situations when you saw or heard something in your organization that needs to be addressed but you didn’t address it?  Unfortunately, almost everyone can probably answer YES to that question.

The good news is, you can still go back and have the conversation.  Sit down with whoever’s involved and explain what you heard and why you don’t think it’s OK.  Give them a chance to respond.  Make it a conversation – but make sure they understand the truth that you’re telling.  It may be difficult now, and someone may not like you quite as much today, but you’ll like yourself a lot more tomorrow knowing you handled it the way a leader should. 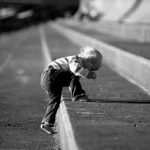 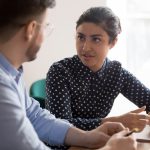 What Aren’t You Saying?Action, Leaders