“The most difficult thing is the decision to act.  The rest is merely tenacity.” – Amelia Earhart

One thing most leaders pride themselves on is their work ethic.  Leaders – most people, really – want to believe that our success is the result of our work ethic, our intelligence, our decision making skills, etc.  Work ethic, though, seems to be one leaders take the most pride in.

I spend most of my time with leaders, and I can certainly say that hardly any of them would deserve the label of “lazy”.  Most of them expend at least a reasonable amount of energy every day.  But what are they working hard doing?

I would suggest that while virtually every leader expends energy, not all of them achieve the same level of “working hard”.  Too many leaders show up, do similar things day after day, then go home.  They may be in the office or in the shop or wherever they work for just as many hours as somebody else, but for some reason they aren’t as effective.  Why?

Part of it certainly is that some people have more fully developed skills when it comes to focus, to managing distractions, etc.  Also, some leaders have more help.  It’s easier for them to focus on critical issues because someone’s helping keep the other stuff off their plate.

But there’s more to it than that.  These seem pretty elementary, and they are.  They’re also things exceptionally successful leaders do.

Show up early.  I don’t mean you have to be at the office at 5am. I mean that whenever you get to the office, be ready to go.  Don’t just ease into your day.  Hit the ground running.

Plan the next day before you leave.  Part of how you show up early is mentally preparing the day before. Don’t just show up and say, “Hmm, I wonder what I’m going to do today?” 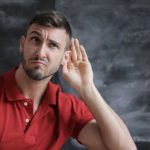 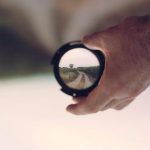