When people talk about the qualities of great leaders, they might often talk about intelligence, passion, charisma, or any number of things.  One quality that isn’t mentioned very often is that of being a world-class listener.  One reason, perhaps, why it isn’t mentioned more often is because it’s so rare.

As leaders, we are tempted to talk.  A lot.  We think we’re supposed to have all the answers.  Sometimes we assume that everyone we talk to wants our opinion.  So, unfortunately, we have a tendency to go from one interaction to another, talking most of the time, without every really engaging in what others have to say.  Without really listening.

Think about conversations you have with your customers.  How often do you really listen to what they’re saying?  How often do you even ask what they’re thinking?  We want to prove to customers that we’re experts, that we know what we’re doing, that they’re smart to spend their money with us.  So instead of listening to them and gaining a better understanding of their needs, we talk.  Or, we spend the time while they’re talking thinking about what brilliant thing we’re going to say next.

Pay attention over the next few months.  Really notice how you interact with people on a daily basis.  When you’re finished with a conversation, see if you can repeat back the key takeaways from what the other person had to say (preferably in writing).  If you can’t, then how can you say you were really listening?

o one can provide great leadership if they’re a miserable failure in the listening department.  Make sure you’re soaking in what others have to say.  Chances are they know things you don’t know, and you still won’t know them when the conversation’s over if you don’t simply listen. 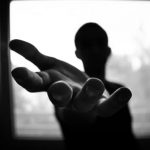 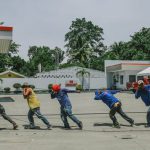 How Are You Working Hard?Action, Leaders