One of the most frustrating things about the world is the number of people who know what they should do, want to do it, and then don’t get it done.  It happens in our businesses and in our personal lives.  Rarely are people hoping to be disappointed (that’s a different psychological problem), but so many are.

Even good leaders at successful businesses experience that feeling.  I could make a list of people and organizations we’ve been fortunate enough to work with who acknowledge the issues they’re facing, understand what they need to do to fix them, want to fix them, and then don’t do it.  Then they sit around feeling bad about themselves and the cycle repeats.

Time to break the cycle.  Knowing what to do and wanting to do it aren’t enough.  I don’t have enough space here to list everything that actually matters, but we’ll start with one thing.  Too many businesses have leaders that understand why the change they want to make is important, and they have a picture of that change in their heads – but then they don’t share those things with anybody else.

When you’re a leader, you generally need help getting things done.  There might be a few things you can do alone, but not too many and nothing that’s really significant.  So you need other people inside (and perhaps outside) your organization to contribute.

If you really want those people to get on board and get things moving, you have to communicate why what you’re doing matters.  I’m not sure if there was ever a time when “Because I said so” got things done, but if there ever was, we’re certainly past that era now.  People need to understand why the change matters, and they need to know what it’s supposed to look like.

As the leader, it’s not enough to have an idea.  You have to be able to communicate that idea and why it matters to everyone else.  If they don’t get it, that’s not their fault.  It’s yours.

If you’re trying to make change right now and it’s not going well, ask yourself if you’ve painted the picture for everybody else.  Do people understand why you want them to do what you’re asking?  Do they know what it’s supposed to look like when they’re done?  If not, you haven’t earned the right to get started.  Time to do your job.

Matt Heemstra
As Director of Growth & Profit Solutions, his focus has shifted to supporting business leaders as they implement change in their organizations. Using his unique gifts and talents, Matt helps leaders assess where they are now, where they want to be in the future, and how they can get there.
Recent Posts 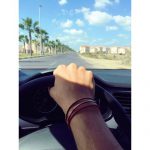