“Destiny is a name often given in retrospect to choices that had dramatic consequences.” – J.K. Rowling

I’ve had the opportunity recently to visit with a number of leaders who are nearing the end of their careers.  They seem to be spending quite a bit of time reflecting on the past, as people in that position sometimes tend to do.  It’s both fascinating and educational to listen to what they have to say.

These leaders seem to fall into two camps.  One is of people who think they’re just along for the ride.  They use the phrase “I guess it was just meant (or not meant) to be” a lot.  You get the impression that for most of their lives, things just happened and they hung on for dear life.  They don’t really seem to make a connection between their beliefs or behavior or decisions and the results they got.

The other camp is the complete opposite.  Every good or bad or in between thing they talk about has its root in some decision they made or some action they took.  They never say “I guess it was just meant (or not meant) to be”.  They’re convinced that their actions and decisions drove the outcomes, and, for better or worse, they take responsibility for that.

In case you were wondering, the second group as a whole has been vastly more successful than the first group.  They understood that while there are plenty of things they couldn’t control, there were a bunch they could.  They understood that their beliefs, their decisions, their actions all impacted their future and that of the organizations they lead.  Neither group was just along for the ride – the first group just didn’t understand that they were steering the whole time.

Think about your organization.  Do you think & act like somebody who’s got the wheel?  Or have you convinced yourself that nothing you do really matters?  Do you make excuses & fail to learn from past decisions or actions?  Or do you acknowledge mistakes when they happen so you can learn from them and improve the next time?

You’re driving the car, whether you want to admit it or not.  You get decide what road it’s on and how fast it’s moving.  Don’t pretend you’re just a passenger.  Take responsibility and start steering. 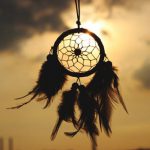 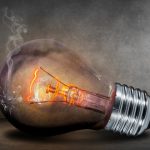