“ ‘I must do something’ will always solve more problems than ‘Something must be done’. “ – Anonymous

Last week in this space the topic was the fact that people talk a good game about change, but they’re not really honest about it. I’d like to say that this week’s topic will be wildly different because now suddenly everyone is taking action to make change happen. But they aren’t, so it won’t.

These organizations have a number of things in common that separate them from the rest of the world. One that’s really stood out recently is that they don’t just vaguely talk about the need to do something. They don’t throw out broad, unmeasurable ideas and say “Here’s our vision”. Without exception, they commit to specific, measurable goals and specific, measurable actions to make those goals happen.

That sounds pretty simple, and it is. Most great successes are made up of a whole bunch of simple things done exceptionally well, and this is no different. Yet, as simple as it is, the majority of organizations in the world don’t (won’t?) follow their example.

Too many businesses have some kind of a vision or goal that can’t be measured. For example, they say “Our vision is to grow”. What does that mean? If ten years from now you’ve grown by $1, is that enough? And grow what? Sales? Profit? Number of customers? Number of employees? It sounds great to say they want to grow, but when it comes down to what exactly that means, they don’t put any meat on it.

Some organizations get the specific, measurable goals part right but then blow the execution. They say “Our vision is to double in size over the next 5 years”, but then they have no specific action plan to get them there. They might go as far as saying something like “We need to improve our marketing” or “We need to develop some new products” but that’s as far as it goes. 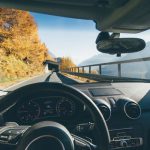 Be Honest About What You WantChange, Leaders 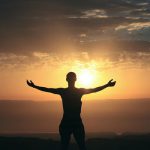