“I cannot say whether things will get better if we change; what I can say is they must change if they are to get better.” – Georg C. Lichtenberg

One of the things I hear a lot of in my career is how hard people’s lives are. A “How are things going?” quite often draws a response that starts with, “Not good…” followed by a listing of everything that’s wrong in this person’s world. Some people refer to it as venting, sometimes it just sounds like complaining.

I’m not here to argue whether or not venting is a good idea (these people don’t think so). I’m not a psychologist and I don’t pretend to be one. What I do know for sure is that simply listing all the things that upset you about your business (or your life) doesn’t actually fix any of them. Perhaps it makes you feel better in the short run, but the situation you’re talking about hasn’t changed.

This is especially true of leaders. It’s OK to know things aren’t the way you want them, or to be upset about something that happened, or to feel like something needs to change. But instead of just rehashing the same negative situations over and over again, challenge yourself to do something different.

Second, if you’re going to have an airing of grievances, agree that it doesn’t end until you have a plan of action to fix it. Don’t just talk about what’s wrong and how you wish it was right. Put together an action plan – what are the steps you need to take to fix it. Write it down and get some accountability help.

Lastly, if someone is venting in your direction, don’t let them get off easy. If somebody starts a sentence with, “Don’t tell anybody, but I’m really upset about…” – cut them off. Maybe a trained psychologist would do something else, but my response is “I can’t promise I’m not going to tell anybody. If you tell me this, we’re going to try to do something about it, and that might mean getting other people involved.” In other words, don’t let people use you as a dumping ground unless they’re prepared to try and act.

The point of all of this is that just complaining about the things that are wrong in your world doesn’t change anything. Don’t let yourself fall into the habit of focusing on negative events without working on solutions. Be action oriented. Don’t settle for complaining. That won’t solve anything.

Matt Heemstra
As Director of Growth & Profit Solutions, his focus has shifted to supporting business leaders as they implement change in their organizations. Using his unique gifts and talents, Matt helps leaders assess where they are now, where they want to be in the future, and how they can get there.
Recent Posts 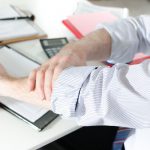 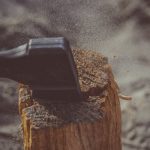 You’re The Leader, So Get Things DoneAction, Change, Leaders