“Nothing is less productive than to make more efficient what should not be done at all.” – Peter Drucker

Quite often, that “productivity project” is about trying to do something we’re already doing more efficiently than we’ve been doing it.  Most of you reading this (certainly the person writing it) have been involved in some kind of company initiative around productivity and efficiency.  It’s ironic how much time we spend trying to figure out a way to do this in less time.

But what if the stuff we’re doing more efficiently doesn’t matter?  What if we’re more productive, but the stuff we’re producing doesn’t really move the needle for our organization?  What an incredible waste of time that would be.  Unfortunately, too many of those initiatives we take on around productivity or efficiency are targeted at fixing things that aren’t really that important.

Whatever your situation, though, you need to understand what really matters.  Maybe those most critical things shift over time, but you always need to know what they are.  Then, just as importantly, you need to make sure that’s what you & everybody else are spending time on.

What’s most critical for you?  Between now and the end of 2022, what do you absolutely need to address?  What should most of your time over the next few months be spent doing?  Those are questions you should ask yourself on at least a weekly basis.

If you aren’t asking yourself those questions, or if you can’t answer them, that’s a problem.  No amount of additional productivity matters if you’re more productive doing meaningless stuff.  Make sure your time is spent doing what really matters.  That’s real productivity. 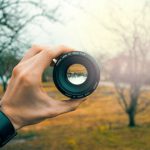 Building A Vision For YouAction, Vision 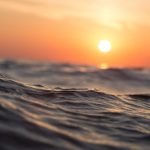