“If you are afraid of being lonely, don’t try to be right.” – Jules Renard

I was recently having a conversation with someone who’s been in a leadership role for a number of years.  At one point in the conversation, he said: “I know what to do, but I think if I do it, some of our people will be upset, so I’m going to try something else.”  The something else he tried was basically nothing, and the problem in question went unresolved.

How many times have you said the same thing?  Maybe not out loud.  Maybe not even consciously.  But somewhere in your mind, your actions were dictated by the desire to not upset anyone.  And so a potential opportunity, or potential solution to a problem, was lost.

For starters, if you’re going to be a leader, you need to make peace with the idea of people being upset with you.  I don’t mean that it’s OK to be rude or disrespectful and then not caring because hey, they’re going to be mad anyway.

What I mean is that part of being a leader means making decisions and taking action, and there’s no way that every decision you ever make or every action you take will make every single person happy.  It’s not possible.  That doesn’t mean you don’t make decisions or take action.  You can’t be paralyzed by what others think.

Think about the opportunities and challenges you face.  Evaluate and identify the correct course of action.  Then act on it.  Part of acting on it might be some really critical communication.  Then do that.  Don’t take the wrong path (or no path) out of fear of the response.

How Can You Change?Change, Leaders 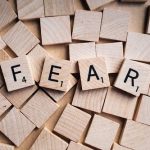