“Failure is the tuition you pay for success.” – Walter Brunell

Sometimes, as leaders, we get frustrated with outcomes.  We usually have pretty lofty goals, and when we don’t meet them it’s disappointing.  We had these pictures in our heads of how things were going to work out perfectly, and when those pictures disappear it can be difficult to deal with.

So how do you deal with that disappointment?  I’ve seen plenty of otherwise great leaders in that situation who choose to complain about how hard life is and how if everybody else would’ve just done what they were supposed to the perfect plan would’ve worked.  They can’t imagine – or can’t deal with – the possibility that they had anything to do with that failure.

The leaders who succeed in spite of disappointments start by looking in the mirror.  When things blow up, the first question they ask is if there is anything they could have done better or differently.  They don’t ask that in a self-destructive kind of way where they’re going to beat themselves up over their failures.  They ask from the perspective of learning and doing better.

None of us is or will ever be perfect.  Our lives will be a constant cycle of moving forward and falling back.  What will determine how often and how far we move forward will be our response to the times we fall back.  Not because we’re going to grab victory from the jaws of defeat, but because we’ll achieve our next victory after learning from our defeat.

How do you respond to setbacks?  How do you respond when your best laid plans go awry?  Think about the last time something didn’t go how you’d hoped and planned.  Maybe it’s something with a customer or an employee, or a co-worker, or maybe something in your personal life.  How did you react?  Did you swerve back and forth between angry and depressed?  Did you get in a funk you couldn’t get out of?

Or, did you work through those feelings and get to a point where you could objectively analyze what happened, and why, and what you are going to do differently in the future?  The best leaders I know aren’t great because they never fail.  They’re great because of what they do after they fail.  Don’t obsess over falling down.  Focus on how you’re going to get up and get better. 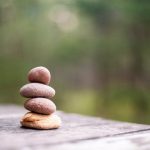 How Can You Change?Change, Leaders