“If you find a path with no obstacles, it probably doesn’t lead anywhere.” – Frank A. Clark

Last week in this space the topic was self-sabotage.  I could probably write something about that topic every week for a year (don’t worry, I won’t).  There are just so many ways that we are consistently our own worst enemy.

A few days ago I watched another way we stop ourselves that I hadn’t thought about much for a while.  An otherwise successful client of our firm was trying to solve a strategic challenge that had been on their radar for years.  It’s a critical issue that they’re going to have to fix – there’s no avoiding it.

And yet, that’s what they’ve been doing.  There are probably ten possible solutions, but they won’t get started on any of them because none of them is perfect.  Every one of them is going to mean they have to do something different, something they haven’t done before.  Whatever they choose to do, it’s going to take them out of their comfort zone.

How often do we do that?  How often do we know we have to deal with something, but we keep waiting for the perfect solution to just fall in our laps?  Or we think that eventually, surely someone somewhere will push the EASY button and we won’t have to work harder or get uncomfortable?  It’s a pretty bit kick to the ego when I think about how often that has been my method of addressing challenges.

So let’s do something different.  Let’s start by consistently reminding ourselves that we are capable of doing challenging things.  Look back at all the difficult stuff you’ve done in the past.  You are absolutely capable of doing that kind of thing again.  Tell yourself that, out loud.

The choice to do difficult things will eventually get easier.  Ideally you’ll look for challenges, just because you know they’re opportunities for growth.  For now though, start small.  Convince yourself you can, and then prove it. 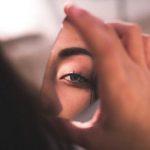 How Are You Stopping You?Beliefs, Change, Leaders 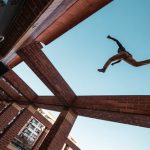