“The important thing is not to stop questioning.  Curiosity has its own reason for existing.” – Albert Einstein

We have a tendency as humans to want simplicity.  It’s understandable.  Simplicity is fairly comfortable, sometimes even easy.  If everything’s black and white, then we feel like we have a pretty clear idea of how to act, how to handle certain situations, etc.  And that’s OK.

The problem is that sometimes simplicity just means that we don’t really want to challenge our existing beliefs.  We’ve been told that something is true, and it’s easier to believe it for the next forty years than to question it.  That’s true about a lot of things in our lives and our careers.  On some level, even if they’ll never admit it, even if it’s not a conscious thought, a lot of people (most?) want to be told what to think and then move on.

You can’t let yourself fall into that trap, especially as a leader.  For starters, just because someone told you something is true doesn’t make it so.  Accepting ideas or beliefs, without challenge, means it’s not really your idea or belief.  You’re just taking somebody else’s word for it.  Someone told me once that if you can’t argue for or against your ideas, then they’re not really your ideas.  You’re just repeating somebody else’s.

Think about your business.  What are you doing as a business because once upon a time somebody said this was the best way?  Was it?  Is it still?  What if you’re continuing to do certain things because thirty years ago somebody thought it should be done this way and now you’re twenty-five years behind?

Think about your clients or customers.  Do you serve them a certain product or service in a certain way because that’s really what they value?  Or is it just because that’s how you’ve always done it?  Or is it just because you read a blog post and somebody said you should do it that way?  Have you really thought about what they want and how they want it?

I’m not suggesting that everything you’re doing is wrong.  I’m suggesting that too often as leaders we don’t question and challenge things.  We have organizational beliefs that are taken as gospel and are considered unchallengeable.  What if those beliefs are no longer valid?  What if they were never valid?

Think about what you and your organization do and how you do it.  Are you asking why?  If you don’t ask, “Why are we doing this?” now, you might be asking, “Why are we out of business?” later.  Don’t get complacent.  Get curious. 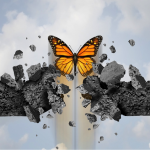 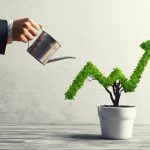