“You’ve got to continue to grow, or you’re just like last night’s cornbread – stale and dry.” – Loretta Lynn

With all the preaching about comfort zones lately (here, here, and here, for example), I’ve heard from a number of people offering similar feedback.  “That’s great,” they say, “but once I find stuff I’m good at, isn’t the point to keep doing that?  Isn’t that my ‘sweet spot’?  When I’m doing what I’m meant to do, won’t that be comfortable?”

Good questions.  Being uncomfortable doesn’t necessarily mean doing things you’re not meant to do.  For example, if you’re a doctor, and you’re really meant to be a doctor, then purposefully going outside your comfort zone doesn’t mean becoming a lawyer.  It means you keep being a doctor, but not the same way tomorrow that you were yesterday.

Part of the reason for pushing out of our comfort zones both personally and professionally is so that we grow, but it’s not just growth for growth’s sake.  As our lives change, and as our careers change, whatever we’ve been in the past is going to become outdated.  You can be the best parent of all time when your kids are toddlers, but when they’re teenagers, if you try to parent the same way you’ll fail miserably.  You’ll still be a parent, but you can’t be the same parent.

The same applies for us as leaders.  You’ve been successful so far or you wouldn’t be in the role you’re in.  But if you’re the same leader ten years from now that you are today, you’ll be in trouble.  Not only do markets and products and competition change, but the people you lead change.  What did it mean to lead people in 2012 versus now?  What will it mean in 2032?

The people you lead are going to need – and demand – different things in the future than they do today.  You as a leader are going to have to figure out a way to provide what they need so that they can be wildly successful, and with them, your business.  To do that, you’re going to have to say and do things that make you uncomfortable and are different than what you’ve done before.

Sometimes that discomfort comes in baby steps, and sometimes in big chunks.  Whatever the situation, you have to not only be willing to be uncomfortable, you have to embrace it.  Stop looking at discomfort as a necessary evil and instead think of it as a critical step on your path to being the best leader you can be.  It’s time to start down that path. 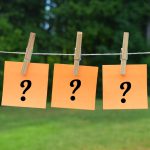 Outside the ZoneAction, Change, Leaders 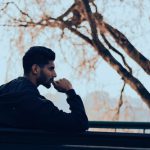