“No man can, for any considerable time, wear one face to himself and another to the multitude without finally getting bewildered as to which is the true one.” – Nathaniel Hawthorne

There are dozens of leadership buzz words that show up in books, in webinars, wherever any kind of discussion of leaders and what they do is happening.  Some of the buzz words have become somewhat meaningless due to overuse, and some didn’t have much meaning to begin with.  Some, though, still carry a message that’s worth thinking about.

The one that struck me today was “authenticity”.  There are quite a few people in the world today who are significantly adding to their personal wealth by talking about authenticity.  The idea of authentic leadership isn’t new – the book by that title is almost twenty years old.  But it’s still something to consider as a leader.

That all sounds like pretty good stuff.  Be authentic with yourself for a moment:  Do those kinds of statements describe you?  Are you ‘being you’ on a daily basis?  I’ve had conversations with a number of leaders who have said they feel like an actor in a play.  They feel like as a leader they’re supposed to do this or that, or they’re supposed to say this or that, and so they do it.  But their heart’s not really in it.

Are you being the leader you believe you should be?  Or are you being the leader you think everybody else thinks you should be?  Not only is it impossible to fake it forever without compromising yourself, it’s also exhausting.  Being a leader is really hard.  You’re going to feel exhausted at times even if you’re being authentic.  How much more exhausting is it to have to fake it every day?

The best thing about being authentic is you can start doing it any time.  What are you waiting for? 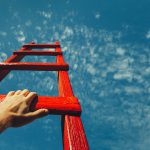 What Are You Learning?Change, Leaders 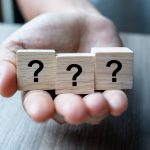