“It’s taken me all my life to learn what not to play.” – Dizzy Gillespie

Not every single thing we do is important.  In fact, a whole bunch of stuff we do isn’t very important at all.  The problem is that sometimes we confuse what’s urgent with what’s important (thanks Stephen Covey).  Just because something wants your attention right now doesn’t mean it’s important.  Maybe somebody else thinks it’s important, but that doesn’t make it so.

Think about everything you do in a typical week, or month, or year.  How much of that absolutely has to be done?  We all hate to admit that we do things that are unnecessary, but it’s a reality.  Every day you spend time doing something that doesn’t need to be done.  List the things that nobody should be doing and get rid of them.

How many of the things you do could be done by somebody else?  We also like to think that we’re so fantastic that nobody but us can do the things we do.  For starters, there are very few things that we do that somebody else in our organization couldn’t do.  We just don’t want to admit it.  Second, if in fact there really isn’t anybody in your organization who can do anything you do, then you need to do a better job building your organization & developing your people.

Think about what your year would look like if you eliminated things that weren’t necessary and delegated everything you could.  What’s left on the list?  What would you really be focused on?  Think about how impactful that would be for your business, and for you personally.  Think of what you could get done, and how meaningful that would be.

Make 2022 the most meaningful year yet and do stuff worth doing.  You’ll wonder why you didn’t do it years ago.  Get started. 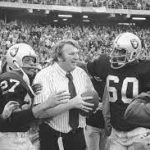 What Should They Do?Focus, Leaders 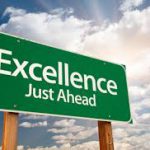 Perfection Is Not On The RadarChange, Focus, Leaders