“If you can’t fly then run, if you can’t run then walk, if you can’t walk then crawl, but whatever you do you have to keep moving forward.” – Martin Luther King, Jr.

The result of that is a giant freeze.  A bunch of leaders who are just frozen in place, unable to get started because they feel like it’s hopeless.  I don’t mean that they’re not doing anything.  Certainly they’re all busy performing tasks.  But the tasks they’re performing aren’t those critically important handful that really matter and really have an impact.

Does that sound like you?  Do you feel like you’re busier than you’ve ever been but not really accomplishing much of great value?  Not only is it OK to answer yes to that question, but that’s the place you have to start.  You have to acknowledge that what you’re doing or how you’re doing it isn’t working.  Something has to change.

This might sound like something I’ve said previously in this space (it is), but start with thinking about what that critical stuff really is.  Is it about people?  Is it about your customers?  Something else?  Whatever it is, it probably has to do with the future. That’s the stuff you need to focus on.

There are million suggestions out there for how to get to the stuff that matters, but they largely boil down to the idea that you have to treat that stuff like it’s the most important thing in your day, because it is.  You have to block out specific segments of time to make sure it gets done.  I even know people who’ve decided to spend parts of their work week in specific locations because they’re more likely to get critical stuff done there (home vs office, cabin in the woods, etc.).

You have to be intentional about doing what needs doing, or it won’t happen.  You also have to accept that baby steps might be all you can manage.  Better to do one meaningful thing at a really high level than to do ten meaningful things poorly.

Maybe you honestly only have a couple of hours a week to focus on strategic stuff.  Then block off those two hours and make them sacred.  If that doesn’t work, try blocking off one hour.  Keep breaking it into smaller pieces until you get it right. 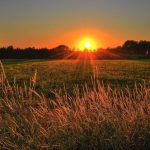 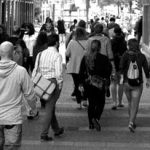