“All failure is failure to adapt; all success is successful adaptation.” – Max McKeown

I recently had the opportunity to work with a 100+ year-old business that was thinking about leadership.  The company President of 30+ years was retiring, and the board of directors was beginning the search for the next President.  The company had been very successful over the past few decades, and almost every conversation regarding the next President ended up being something like, “Let’s find somebody who’s just like Bob”, the guy who was retiring.

Long story short, as you might have guessed, there wasn’t anybody just like Bob.  More importantly, when the board stepped back to consider the issues and opportunities the company was going to be facing over the next decade, they realized that Bob’s skill set maybe wasn’t really what they were looking for.  They had to re-engineer the position, and ended up with someone in place who is well equipped to lead them forward.

The point of that story is this:  Everything we’re doing, even stuff that’s working, is in the process of becoming obsolete.  Things we’ve done well for years are probably going to be completely irrelevant at some point in our lifetimes.  No matter how well we’ve done in the past, we have to do things differently in the future if we are going to succeed.

Think about your business.  What has been the hallmark of your success over time?  What have been the keys to accomplishing whatever you’ve accomplished?  Maybe there’s a certain product, or a certain marketing style, or something about your service, or whatever.

Now think about what the world’s going to look like in 5-10 years.  What will your customers value?  What will your competitors do?  What will your people need in order to want to be part of your organization?  If your answers to those questions are “the same thing as today”, you’re wrong.  I don’t care where you are or what business you’re in, you’re wrong.  Something significant that you’re doing will have to be different in the future or you will fail.

So what will that be?  What do you think will be the most important change your business needs to make in the next 18 months?  Or three years?  Or ten years?  When you think you have an answer, get to work.  Think through the steps you need to take, and then start taking them.  Success awaits. 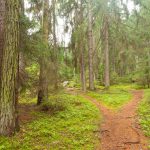 What About You?Action, Change, Leaders 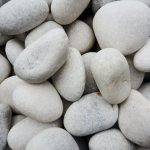