“When you look at people who are thriving in their jobs, you notice they didn’t find them, they made them.” – Ashley Goodall

One of the aspects of real success that gets overlooked is energy.  People like to talk about their skills, whether technical or people-related, and people like to talk about their characteristics – they’re empathetic, they’re great communicators, etc.  Energy seems like something that’s more of a personal physical characteristic, and maybe that makes it seem like something you don’t talk about at work.

Maybe it’s the fact that some people would view energy as something they don’t control.  You hear people referred to as “high energy” or “low energy”, almost as though it’s an identifying, unchangeable characteristic.  And certainly, some people’s motors tend to run a little higher and others’ a little lower.

But most of what makes up our energy levels is largely under our control.  Getting enough sleep, eating right, and exercise are obvious factors.  It also matters who you surround yourself with.  Some people you know give you energy & make you feel like you can take on the world.  Other people make you feel like you need a nap.

Maybe those all seem pretty obvious, maybe not.  Maybe you feel like you’re managing those kinds of things and you still just don’t have that zip.  Certainly you could have some kind of medical issue, but I’m not a doctor so we’ll skip that one for now.

What really drags down a lot of leaders’ energy is that they’re doing things that are low value, or that they aren’t passionate about.  Sometimes it’s complacency, sometimes it’s a sense of duty, sometimes it’s a lack of intentional thought about how to spend their time.  Whatever the case, we simply can’t function at our highest level without energy, and we won’t have enough of it if we’re doing the wrong things.

If you understand the kinds of things that give you energy, then you can be intentional about doing those things.  You can be purposeful about making sure those things are included in at least some part of every day, and for more than just a few minutes.  When you get off track, you know what gets you back.

Take some time today & think about what gives you energy in your career, and whether you’re spending enough time on those things.  It’s not just that you should do them because they’re fun. It’s because without those boosters, you won’t have the energy you need to lead.  Be purposeful about your day & find your groove. 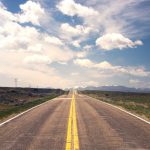 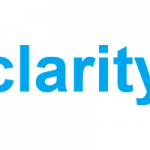