“The person born with a talent they are meant to use will find their greatest happiness in using it.” – Johann Wolfgang von Goethe

Too many businesses (and people) are doing things because someone else essentially made them do it.  Somebody’s competitor did something and they feel they have to respond.  Somebody’s customers complained about something so they changed something they were doing.  Some task wasn’t being done and so somebody felt like they just had to do it.  There are a lot of things that are not being done purposefully; they just kind of happen, or you feel forced into it.

The most successful organizations figure out how to get their best people doing what they do best most of the time.  If you have someone who’s passionate about and great at sales, you have them do sales.  If you have somebody who’s fired up about and world class at IT, you have them do IT.  That doesn’t mean they never do anything else, but the goal is that they get to spend 100% of their time being great.

The way too many organizations work is that most people are doing stuff because it just kind of evolved that way.  Our great salesperson spends half their time supervising interns because ten years ago there was a project where we needed them to do that and they’ve been doing it ever since.  Our great IT person is doing accounting because they happen to be decent at math.

One of the main reasons so many people are spending so much time outside of their wheelhouse is that we don’t spend enough time talking about and figuring out what everybody’s wheelhouse is.  Everybody just kind of does whatever they’re doing, and that’s that.  We aren’t intentional about what we have our people do.  Somebody appears to have some capacity, so they get stuck with whatever comes up.

There certainly are situations where that might be unavoidable, but too often we just choose not to avoid it.  It would take too much effort or too much thought or too much something to keep our best people doing what they do best, so we end up with them being mediocre at something they don’t even really want to do.  Best case scenario, you’ve wasted something special.  Worst case scenario, they quit.

Think about your people, and yourself.  In an ideal situation, what would they all be doing?  What would be the most valuable thing they could provide to your business?  What are they most excited about?  Think about your five best people.  Can you list their real strengths & passions?  If you can’t, how can you lead them?

If you want great outcomes, you need your best people to be their best.  If you’re not sure what that even means, then you’re probably not doing it.  And it’s one of the most important parts of your job.  Get to work. 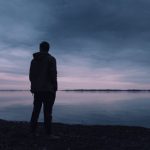 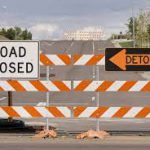