“The problem is not making up the steps but deciding which ones to keep.” – Mikhail Baryshnikov

I’m fortunate in my career to spend a lot of time helping businesses develop strategy and plan for the future.  When I look back at the strategy sessions I’ve facilitated over the years, it occurs to me that I can’t remember the last time someone had a bad idea.  All the boards of directors, all the management teams, all the executives, I can’t remember a time when someone made a suggestion and I thought, “Wow, what a terrible idea.”

It’s also true, that over the years those businesses with whom I’ve worked have experienced varying degrees of success.  Some have struggled, and some have succeeded beyond their wildest dreams.  And while there are some external forces that matter, rarely has that been the deciding factor.

So if virtually everyone has good ideas, and most external forces can conceivably be overcome, why the difference in performance?  Why doesn’t everybody with a good idea end up being wildly successful?  In an era where ideas and thought leadership seem to be valued above nearly everything else, why isn’t everyone achieving everything they want to achieve?

Because in the end, it’s not necessarily the one with the most ideas, or even the best ideas, who wins.  It’s the ones who are able to execute the most critical of those ideas at an exceptionally high level consistently who get where they want to go.  It’s the ones who go beyond the idea stage to the doing stage.

One more thing to note:  the ones who go beyond the idea stage to the doing stage tend to also be the ones who limit what they’re trying to do.  I don’t mean they have small goals or dreams.  I mean they don’t take on every new idea they come up with and end up overwhelmed and frustrated.  No matter how large an organization is, it cannot execute every single idea at a world class level all the time.  You have to choose what really matters and zero in.

When you do that, it means you’re going to have to choose NOT to do some things that are good ideas.  That’s part of leadership and strategy.  You have to make choices.  You can’t do everything.  You can’t make everybody happy.  It’s a recipe for mediocrity, and I’ve never heard anybody say that their vision for the next 10 years is to be as mediocre as possible.

So what’s most important to you?  And how are you going to implement it?  Don’t just see how many great ideas you can have.  Figure out which ones matter – and get to work. 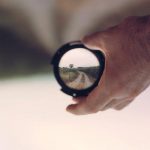 Are You Good at the Right Stuff?Focus, Leaders 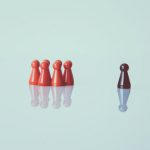 Think it Through, Plan it OutAction, Strategy, Vision