“Be yourself – not your idea of what you think somebody else’s idea of yourself should be.” – Henry David Thoreau

There are literally dozens of capabilities and behaviors that define great leaders.  All kinds of things matter, from vision, to work ethic, to communication skills, to emotional intelligence, and on and on.  They all have an impact.

There’s one behavior that’s gotten much more attention lately, to the point where it’s almost become a buzzword:  authenticity.  The dictionary says authenticity means stuff like “not false”, or “genuine”, or “true to oneself”.  People want to follow leaders who are authentic, who meet the standard set in those definitions.  Great – what does that actually mean?

When you’re meeting with the people you lead, or even in what seems like a casual conversation, are you being you?  Or are you being ‘the leader’?  I’m involved in a lot of leadership team meetings with a wide variety of organizations.  One of the things I see in a lot of those meetings is a leader who seems to be playing a role.  For example, a question is asked, the leader thinks they’re supposed to know the answer, so they give a five-minute answer that doesn’t really mean anything, and then the meeting moves on.

I understand that as a leader you need to be thoughtful about what you say and do, and you obviously have to have at least some kind of filter.  But the reality is that too many leaders spend a lot of their time acting, and not enough time being.  Being honest, being direct, being forthright.

Pay attention to your conversations and interactions over the next week.  Are you being you?  Are people getting the real you or a made up version?  Are you comfortable enough with yourself to be yourself?  Or do you think that only a made-up version of you can be successful? 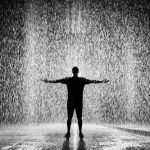 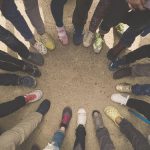