“It is easy to sit up and take notice.  What is difficult is getting up and taking action.” – Al Batt

I was fortunate enough to spend a morning with a group of leaders recently, and one of the topics that came up was how you can spot potential in younger employees.  The conversation covered a lot of ground, but one of the suggested identifiable characteristics of potential leaders was the ability to identify and clearly define issues.

I don’t disagree that it’s important for leaders to be able to identify problems and define them in ways that people understand.  But lots of people can do that.  Go have a conversation with 90% of the people you meet on the street and they can clearly identify problems in their lives or businesses.  And yet most people don’t do anything about the issues they know exist.

One of the things that separates most of those people from actual leaders is that real leaders don’t just recognize there are problems and stress out or complain about them.  They attempt to address them.  They’re able to understand how things could be, and they’re able to relate that to people in a way that motivates them to help.

Think about your organization.  If you took a minute, I bet you could come up with a list of things that are either broken or not functioning at a high level in your business.  I would also be that most of them didn’t just pop up in the last 2 weeks – they’ve probably been issues for quite a while.  So what have you attempted to do about them?  If the answer is “not much”, then you’re not doing your job very well.

At the core, the leader’s job is really to be the company change agent.  Develop a clearly defined vision for the business, communicate it in such a way that people care, and then lead everybody down the path that will create the change you need to get there.  You’ll need help from those around you, but that’s your most essential function.

Are you doing that?  Are you really performing the role of leader?  Or are you just an observer with a nice job title?  It’s your choice.  Choose to lead. 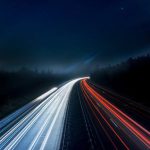 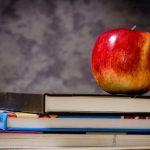