“Make every detail perfect, and limit the number of details to perfect.” – Jack Dorsey

It’s been mentioned in this space previously (here and here, for example) that focus is one of the most critical parts of success for any organization.  When I talk to leaders, they all agree that’s true.  And yet nearly all of them struggle to stay focused on what’s critical for any extended period of time.

Part of that is the culture we’re in.  Somehow we’ve decided as humans that the most important thing in anyone’s life is to be busy.  We try & cram as many activities as we can into our lives, whether it’s work or play.  When I ask people how things are going, the most common answer I get is “Busy!”, as though that in itself is an accomplishment.  It’s as though our self-worth is tied up in not having a moment to spare.

That’s a terrible way to view the world.  What if you’re busy doing stuff that’s a complete waste of time?  I know a lot of people who brag about their work ethic, and then when you look at what they’re actually doing, you realize they could fail to show up for work for a month and nothing would really change because everything they’re doing is meaningless.

Leaders are worst of all.  I meet leaders on a regular basis who could probably be replaced by an intern because they don’t do anything above that level.  They brag about how ‘hands on’ they are, but they’re only hands on because they’re doing stuff other people should be doing.  If you asked them what they do that’s of value, they barely even understand the question.

Do you even know what you do that’s valuable?  Have you ever stopped to consider what it is that you do (or could do) that brings the most value to your business?  Can you name the 3 most valuable things you bring to the organization?  If you can’t answer those questions, then you might have a problem.

The good news is that the ability to focus on what’s critical isn’t some characteristic you’re either born with or not.  It’s a skill that becomes a habit.  You can train yourself to focus, to stay zeroed in on what matters.

Start simple.  Take five minutes at the beginning of every day and write down those 3 most valuable things.  After each one, write down what you’re going to do today to that touches each of those 3 categories.  Leave that piece of paper on your desk so you can see it all day.

Some days you might fail and not hit all 3, but at least you’ll be thinking about them.  It may not seem like much, but it’s a start.  Quit wasting time being busy and get to work. 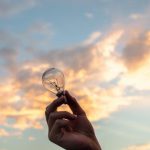