“The single biggest problem with communication is the illusion that it has taken place.” – George Bernard Shaw

One of the easiest things to do in life is to make assumptions. Sometimes it feels like we have so many things going on in our lives that we have no choice. We can’t possibly be intentional about addressing everything we want to address, so we just decide we’re going to have to make some assumptions and move on.

Sometimes that’s the way it has to be. None of us has the time or resources to conduct a full blown scientific investigation into every single issue or potential issue we’re facing. So we make some assumptions, make our best guess, and charge ahead.

But some assumptions in our businesses can cause big problems. If you assume your people understand the vision for the company, but they really don’t, you have a problem. If you assume people know what you’re thinking or why a decision was made or what the purpose of some action is, but they really don’t, you have a problem. The hard part is that, unlike with your car or the lights, you may not know your assumption is wrong until much later, when potentially lasting damage has been done. 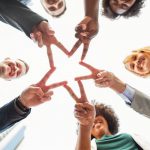 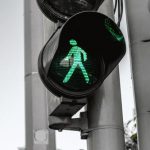