“Whatever you do in life, surround yourself with smart people who’ll argue with you.” – John Wooden

There are a dozen or more things that great leaders do effectively, but one of the most important involves making decisions. That’s obviously not some kind of mind-blowing revelation. And yet, so many business leaders go about making decisions in a way that’s almost certain to turn out poorly.

In my always humble opinion, the most important thing a leader can do when it comes to making good decisions is to not make them alone. You might say it’s about getting accurate information, or having a solid decision making process, or being able to understand and appreciate different perspectives. Those things are great. And they’re all much easier when you have help (apparently this has been coming up a lot lately).

The biggest problem with that is that as a leader it’s very easy to get information that is extremely filtered. Somebody doesn’t want to make the boss mad, so they leave out something important, or spin it so they look good. Somebody wants you to choose option #1, so they “forget” to mention the key benefits of option #2. Sometimes you’re just so far removed from the day-to-day of the business that you don’t even understand what decision needs to be made.

You have to have help from great, talented people who aren’t afraid to be honest. Even some leaders who have smart leadership teams end up essentially acting as dictators because nobody in the group will stand up to them. I’ve been in a number of leadership meetings where somebody makes a statement that is clearly incorrect (or inappropriate) and nobody says anything. Nobody wants to argue with somebody who’s kind of a big deal.

Don’t let yourself fall into that trap. Ask yourself: Do I get the help I need when decisions are made in this business? Do the people around me ever argue with me? Or does everybody just nod and tell me what a great idea I just had? Real leaders, great leaders, know they need help. Make sure you have it. 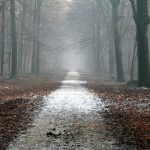 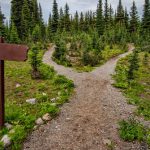