“When it comes to privacy and accountability, people always demand the former for themselves and the latter for everyone else.” – David Brin

Quite often in the business world people grab hold of certain buzzwords and won’t let them go. Every conference you go to, every video you watch, every article you read, the same words keep showing up over and over. That stuff trickles down to business leaders, and they get in their heads that they need to do something because they keep hearing about it over and over again.

Over the years I’ve lost track of how many leaders have contacted us and asked if we could help them improve accountability within their organization. So we go out there, work with the business for a while, and find out that what the leader really wants is for everybody else in the organization to be accountable. They think that since they’re the leader it shouldn’t apply to them.

Think about the organization you lead. Are you trying to hold everyone to a standard you aren’t living up to? How’s that working for you? Too many leaders think that with a certain title or leadership role comes the freedom to do whatever they want with no consequence; the reality is that leadership largely means the opposite. You as the leader can’t just do whatever you want. You can’t just say things without following through. You can’t just do things and leave somebody else to clean up the mess. Leaders who try to operate that way inevitably end up with a giant mess.

As a leader, you must be willing to be held accountable for what you say & do. It’s not just something that applies to everybody else. If you don’t go first, nobody else will follow. 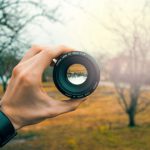 The Most Important Thing You Can Do In 2019Focus, Leaders, Vision 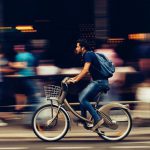