“Vision without action is dreaming, action without vision is passing the time, while visions with action can change the world.” – Joel Barker

As each year winds down, we always hear about New Year’s Resolutions and predictions for the coming year and top 10 lists of every topic imaginable – all built around the idea that along with a new year will come a chance for us all to start over, to tackle new things, etc. Which sounds great in theory. The reality is that most people will get to the end of 2019 and look back and realize it looked a lot like 2018.

For people whose number one goal in life is avoiding change, that probably sounds pretty good. For those of us who aren’t destined for failure, it’s not as good. The reality is that our businesses (and lives) are filled to overflowing with things that could be better. There are a lot of reasons why they don’t actually get better, why each year seems to be a repeat of the year before. But there are two that are stuck in my brain today.

The first is that too many of us don’t really take time to think about what could be better in our lives. We run around full speed all the time without any idea where we’re going. Then we fine out later we haven’t really gone anywhere and we’re disappointed. If you want to improve – increase sales, appeal to a better type of customer, hire difference makers, be a better leader – you have to have a picture in your head of what each of those things look like. You have to have that picture so that when you get distracted and stuff gets in the way, you have a place to go back to that reminds you what you’re trying to accomplish. Just working harder won’t do it.

The second is the opposite problem. They have big, huge, expansive visions. They can see exactly what they want, what it will look like when they get there, how fantastic it will be – but they don’t actually do anything about it. They create that picture that they can focus on to make change and then don’t use it to make change. They live in a universe of hoping and dreaming but not doing. The vision alone won’t do it either.

So this year, do both. Don’t just work harder. Think about what you really want and what that will look like, and what needs to happen so you can get there. Then actually do it. You may not succeed right away. You may get part of the way through and decide you really wanted something else. That’s OK. The point is to make sure that you’re constantly dreaming and doing. It’s the only way to get better. 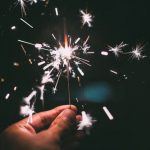 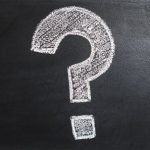