“The productivity of work is not the responsibility of the worker but of the manager.” – Peter Drucker

I live in a part of the world with a relatively small population. No matter what the economic situation, there is never an over-abundance of available employees. Everyone always feels a little bit short on help. In the current environment, that feeling extends to most businesses throughout this country (maybe yours, too).

With so much emphasis on simply finding good people, too many organizations forget that once they find them, the work is just beginning. I have too many conversations with leaders who complain about the performance of their people and then in the next breath say they just don’t have time to coach them.

Leaders say their people are the most important part of the business. If they really believe that, why do they seem to want to spend as little time as possible helping those people? There really isn’t anything leaders can do that’s more critical than helping the people in their organization perform at their highest level.

There are probably lots of reasons why leaders seem to avoid one of their most important jobs, but I think one of the biggest reasons is that they’re not sure what to do. Most people in leadership positions have never really had any training or background in coaching or mentoring or supporting people. They might know a lot about operations or finance or marketing or sales, but driving performance levels in their employees is something they’re not as familiar with.

So get help. Get some training on coaching & mentoring. Hire somebody with an expertise in coaching and/or developing people. Just do something. Don’t just send people out to do a job without giving them what they need to do it really well. Your #1 job is to help your people be successful. If you can do that, everything else becomes easier. 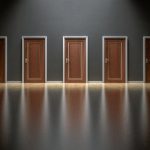 Are You Agile?Action, Change, Leaders