“The world changes in direct proportion to the number of people willing to be honest about their lives.” – Armistead Maupin

Too many leaders complain about culture or complain about people without being willing to accept that whatever the culture is in your business, or however the people act in your business, it’s because you as the leader have encouraged or at least tolerated it. I hear complaints about employees who behave poorly, or don’t act in accordance to the organization’s supposed ‘core values’. I hear complaints about business partners who don’t pull their weight, or aren’t committed to the business.

The reality is that as a leader, when you’re not happy about culture or behaviors within your organization, it’s your fault. You may have modeled that behavior for others to copy. You may have known that behavior is going on and not done anything to address it. Whatever the case, you’ve sent the message to everyone else that it’s OK.

When you’re the leader, and something within the organization is upsetting you, you really only have two choices. The first is to accept that’s how it is and just shut up already. Whining about it doesn’t do any good, and complaining is a serious drag on your energy and that of everybody you come in contact with. If you aren’t actively trying to fix it, then put it out of your mind and move on.

The second option is to actually do something about it. If somebody’s behavior is an issue, address it. Have an honest conversation with the people involved. Get some feedback from somebody you trust – maybe the real problem is you. Clearly define expectations and follow through with consequences when they aren’t met. If people aren’t willing to behave in accordance with the culture you want in your organization, then get rid of them. As leader we make too many hiring and firing decisions based on technical skills that can be taught, when culture and human behavior are what drive so much of our success or failure.

You are the leader. That means you have the ability (and responsibility) to make change. Don’t sit there and complain. Step up, take responsibility, and do your job. 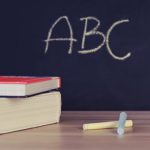 3 Ways to Start Building an Army of Lifelong LearnersChange, Leaders 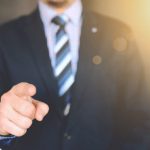 3 Thoughts About Your CultureChange, Leaders