“In times of change learners inherit the earth; while the learned find themselves beautifully equipped to deal with a world that no longer exists.” – Eric Hoffer

Understandably, we all tend to be impressed by people who are successful. When it comes to leaders, we tend to look at those who’ve done really well and say things like, “Wow, she/he is really smart.” We tend to be in awe of people who know lots of stuff, or who know how to do lots of stuff, and we think it would sure be great if we were as smart as some of those people.

That’s not a bad thing. But what’s really valuable in a leader isn’t being “smart” in the sense of knowing a bunch of facts, or how to execute some kind of process, etc. The reality as leaders is that while we might have a lot of knowledge, much of that knowledge has a shelf life. Things that were worth knowing or that were really valuable 5 or 10 years ago may have no value whatsoever 5 or 10 years from now.

What’s really valuable for leaders is to be continual learners. Our knowledge bank has to be constantly evolving. Here’s some random ideas for making that a reality…

You can’t fake it. Lots of people learn stuff because they have to. And that’s OK, to a point. But real learners seek out things to learn because they want to. They don’t wait until somebody forces them to learn. They take the initiative to figure out what they’ll need to know and start working on knowing it – and they enjoy the process.

Pay attention to other learners. If you want to be a continual learner, read or watch or listen to what other learners have to say. What are you reading regularly? What videos are you watching regularly? If you’ve figured out what knowledge you need, go find somebody to learn from. The internet has made this exponentially easier than ever before in human history. If you want to learn, find some teachers.

Don’t hide in your office. As good as reading & watching videos is, it’s still valuable to spend time with others who are trying to learn some of the same stuff you are. Who are your peers? Do you get together regularly & pick each other’s brains? Do you get together with other leaders and try to learn from them? Most leaders are dealing with similar things. Seek others out and learn from them.

Some leaders think that as the leader, they’re supposed to know everything. The best leaders admit up front they don’t know everything and spend a lifetime learning. If you want to be a great leader in the future, start learning now and don’t ever stop. 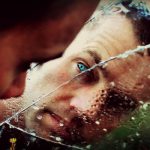 Who Do You Think You Are?Change, Leaders 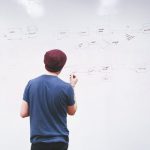