An all too common refrain from business owners when I ask them why they haven’t done or aren’t doing something that seems worth doing is “I’m just too busy”. Sometimes it’s “I just don’t have time” or “I haven’t had time to get to that” or something like that, but the idea is the same. Lots of people spend their lives explaining how little time they have.

Except those people have exactly the same amount of time as the people who are doing those things that seem worth doing. People who are accomplishing great things have the same 24 hours every day as the rest of us. There is an entire industry built around managing our lives, and hundreds of suggestions on how to accomplish the things we say we’d like to accomplish. Here are my 3 favorites:

Just say no. It is actually OK to tell people you aren’t going to do something. You don’t have to agree to be in every meeting or on every committee. You don’t have to agree to get together anytime somebody else wants to or to cover for someone every time they have a conflict, even if it creates conflicts of your own. Your schedule is yours. Own it. Don’t let other people take it from you. Say no when you need or want to.

Let somebody else do it. Most of the things we are busy doing could be done by somebody else. Maybe someone else in your organization. Maybe somebody outside your organization. As great as you may be, there are very few things you can do that no one else can do. And to be honest, those things that truly are just for you – you owe it to the world to focus on those because if you don’t, nobody else will.

You’re not too busy, you just don’t care enough. This is my favorite. People say they really want to do things, or that things are really important to them, but they just don’t have time. If they were really that important to you, you’d make time. If you found out today that you’d won the lottery, the big one, $300 million dollars, but that in order to collect you’d have to live in a tent in the woods for 2 weeks, would you do it? Of course. But I thought you were so busy, how could you possibly find 2 weeks? Because you’d make it a priority.

Better example – if a close friend or relative had a serious health problem, and they were halfway across the country having a dangerous medical procedure done and they asked you to be there, would you go? Of course you would. I thought you didn’t have time? You’d make time.

The point is that if you’re not spending time on the things that really matter to you (assuming they really do matter), that’s no one’s fault but yours. Your decisions have created that situation. The good news is, your decisions can fix it. So take ownership of your time & priorities today. You’ll wonder why you didn’t do it sooner. 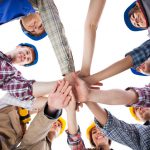 Getting People on BoardLeaders, Vision 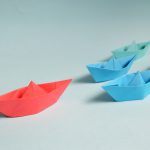