“An optimist is someone who goes after Moby Dick in a rowboat and takes the tartar sauce with him.” – Zig Ziglar

I’m a huge believer that the things we believe about ourselves and our situation drive our behavior, and that those behaviors result in outcomes that prove our beliefs to be correct. In other words, if you think you’re in a situation you can’t handle well, you’ll act like someone who can’t handle it well, and you’ll end up not handling it well. To put it more positively, if you think you can accomplish something, chances are you’ll act in such a way that you end up accomplishing it.

I’ve also become a huge believer that most people’s beliefs fit the first example. They’ll tell you they agree that their beliefs drive their behavior and outcomes, and then they’ll share their belief that they and/or their business can’t do this or that. It’s almost like the majority of the population suffers from belief-related multiple personality disorder. Or maybe they’re just delusional.

If you’re really serious about success and change and all those things we say we want, then your beliefs have to be in order. So consider a few things:

How do you speak? Make a point to listen to yourself when you talk to others. Are you positive and action focused? Or does everything you say make you sound like Eeyore? I think sometimes we are so in the habit of thinking and speaking negatively that we don’t even realize we’re doing it. And if you’re doing it, I guarantee the people you lead are doing it. Speak in such a way that you and those around you have a chance at success.

Who do you surround yourself with? It’s true that misery loves company. It’s also true that negative attitudes are contagious. People with negative beliefs attract others like them, and they spread the virus to others they come in contact with. Don’t allow yourself to be surrounded by those with negative beliefs. They take energy and life and innovation from people and businesses and drag everyone around them into the same miserable muck they’re in. 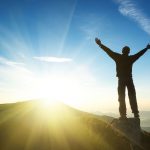 It’s Not About YouAction, Change, Leaders 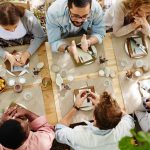