“The very essence of leadership is that you have to have vision. You can’t blow an uncertain trumpet.” – Theodore M. Hesburgh

I’ve had four nearly identical conversations in the past two weeks with people at four different businesses. All four conversations went something like this. An organization had recently undergone some significant change. The business was ready for change – they’d communicated why the change needed to happen, how the change would be implemented, how it would impact the people, etc. After the change was completed, the majority of the organization was doing pretty well.

The problem was that there were a handful (less than 10%) of the employees who were angry and complaining and disengaged and had bad attitudes about the change specifically and the organization in general. They’d complain, and then the leaders of the organization would agonize over what they could possibly do to get these people on the same page as everyone else so they’d be happy and productive employees.

The problem is that sometimes you can’t get everybody to be a happy and productive employee. And here’s why you need to be careful about trying:

In the end, the goal when you’re dealing with employees who haven’t bought in isn’t to get them to buy in. The goal is to not be spending your time trying to get them to buy in. I told one of the leaders I spoke with, “Success doesn’t mean they get happy and stay with the company; success means that 6 months from now we’re not talking about this.” If you clearly lay out the vision and the why, and they can’t embrace it, then it’s probably in everybody’s best interest that they leave.

Stop being paranoid that an employee who’s draining your will to live might leave. Make your case and then let them decide. Don’t let them hijack your business.

Matt Heemstra
As Director of Growth & Profit Solutions, his focus has shifted to supporting business leaders as they implement change in their organizations. Using his unique gifts and talents, Matt helps leaders assess where they are now, where they want to be in the future, and how they can get there.
Recommended Posts
Pages
Resources
Get Email Updates
1008 Third Avenue Sheldon, Iowa 51201 • (712) 324-4614 & 5130 E. 57th Street, Sioux Falls, SD 57108 • (605) 610-4611 © 2017 Cain Ellsworth & Company, LLP 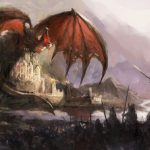